Spring Meditations Places in NYC (I)

No need to go faraway, nor to spend a lot of money, to feel a total change of scenery when you live in NYC. My childhood friend Marika was visiting from Toulouse for two weeks and I wanted her to grasp the contrasts of the megapolis. The last post, Limulus Polyphemus, came out our long walk on the beach of to Coney Island. Friday after walking over the Brooklyn Bridge we headed to Green-Wood cemetery in Brooklyn. 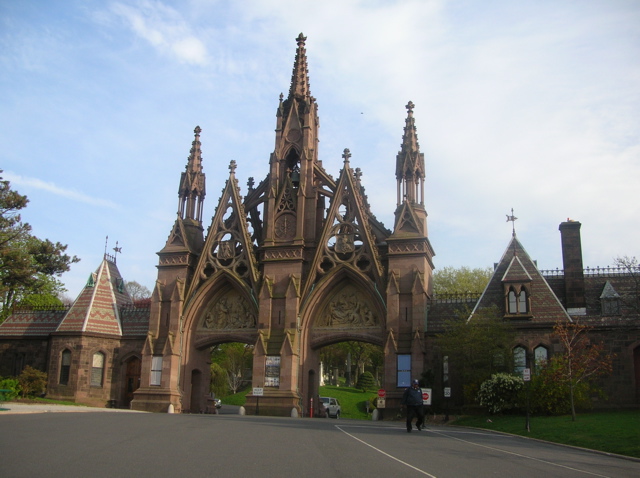 Green-Wood opened in 1838. It is the resting place of 600.000 New Yorkers and among them some famous ones: Jean-Michel Basquiat, Leonard Bernstein, Lola Montez, George Catlin, Horace Greeley, Steinway and Bernard St Gaudens. 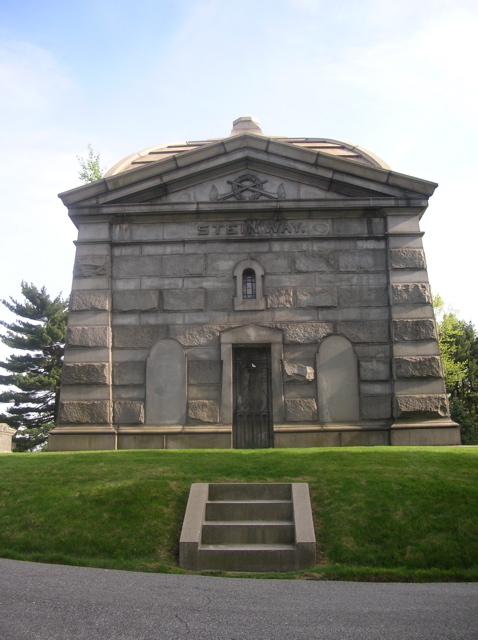 Bernard St Gaudens, was born June 26th 1816 in the village of Aspet in the French Pyrenees. This village is only 20 miles away from my birth town of Luchon. After spending time in Carcassonne, Paris, London and Dublin as a Compagnon du devoir, Bernard emigrated from Ireland in 1848 with his wife Mary McGuiness and their six months old infant: Augustus. Bernard became a successful shoemaker in NYC and Augustus Saint Gaudens (1848-1907) became the most famous American sculptor of his time. Last year I was commissioned to create a documentary performance for the 100th anniversary of Augustus Saint Gaudens death and got to do extensive research on his life and especially his French Pyrenean family. With the help of the Saint Gaudens National Historic Site staff I was able to find out where was Bernard’s final resting place. 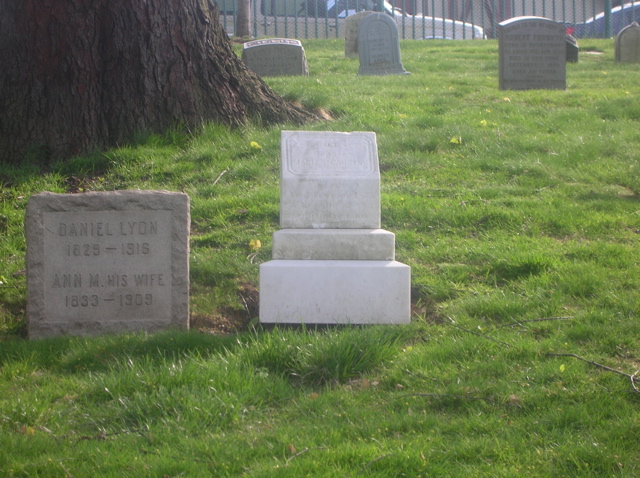 Under a very simple white marble tombstone lay the remains of Bernard the father, Mary McGuiness the mother, and Andrew St Gaudens, the younger brother. Only Mary’s name is barely decipherable, thought she was the first buried there in 1875. it is a bit of an enigma why neither Augustus nor his brother Louis -who was also a very accomplished sculptor- didn’t erect a more significant tomb stone or plaque for their parents. Especially that Augustus and Louis made a beautiful tomb for the Stewart Family (Isabella Gardner’s father) in the very same cemetery! (see the picture below). Anyhow this is not a post about the Saint Gaudenses, though I love being carried away on that subject, and it is why I got to discover Green-Wood where I keep returning for guided tours, by the very knowledgeable Jeff Richman, the cemetery’s historian and author of Brooklyn’s Green-Wood Cemetery: New York’s Buried Treasure 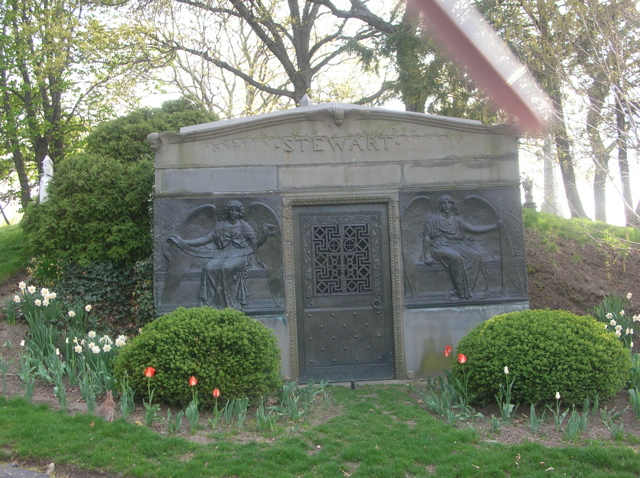 One of the big project of the cemetery is to mark the graves with specific gravestones for the nearly 3,000 Civil War veterans buried there. Among them the Prentiss Brothers who fought on opposite sides. They were wounded and reunited on the same battleground and brought to the Armory Square Hospital in Washington where their nurse was Walt Whitman. Below is a sample –with a beautiful French name– of the 3,000 gravestones that can be found close by the Saint Gaudenses grave. 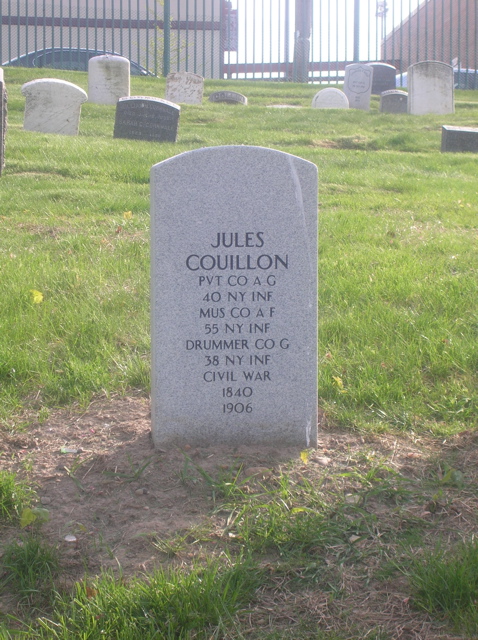 Another interesting fact about Green-Wood is that it was the very site of the Battle of Brooklyn (A.K.A. the Battle of Long Island), the first battle of the American Revolution fought on August 27, 1776 by General Washington. The Minerva below was erected in 1920 to commemorate the Battle of Brooklyn. Minerva salutes the Statue of Liberty across the harbor. This clear view is being threaten by commercial developers. The website “save the vista” provides some info. 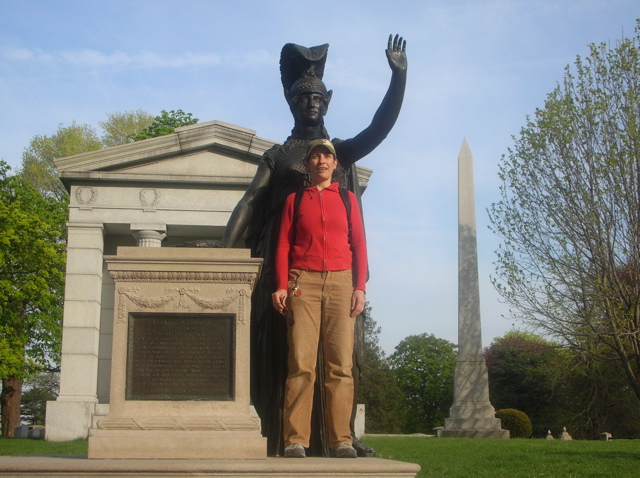 and below is what i am looking at: 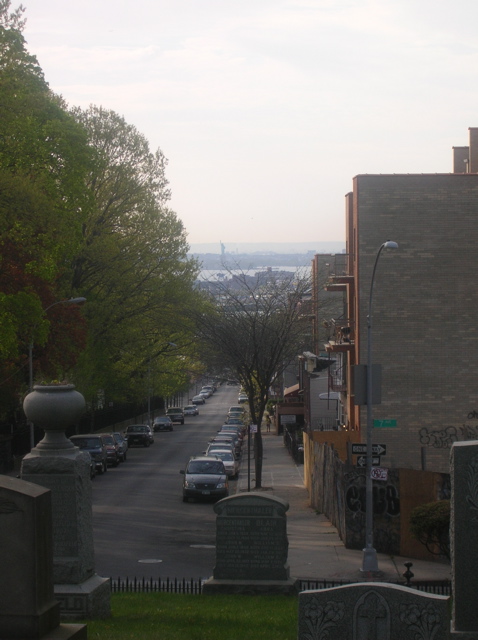 I will conclude my post today with some views of the blooming grounds of this very peaceful place. Next post will be about the Chinese Scholar Garden in Staten Island. 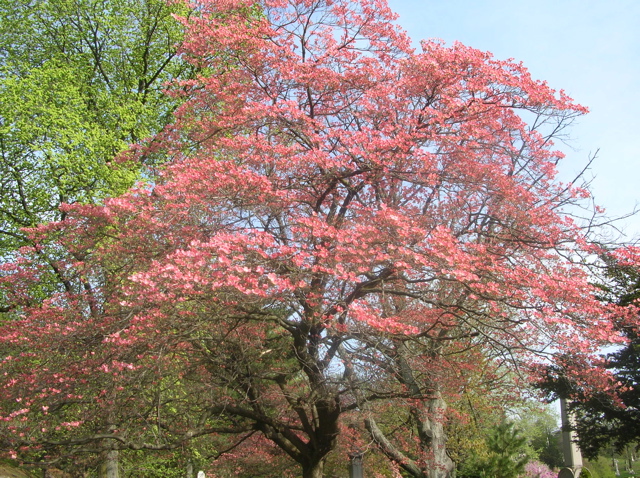 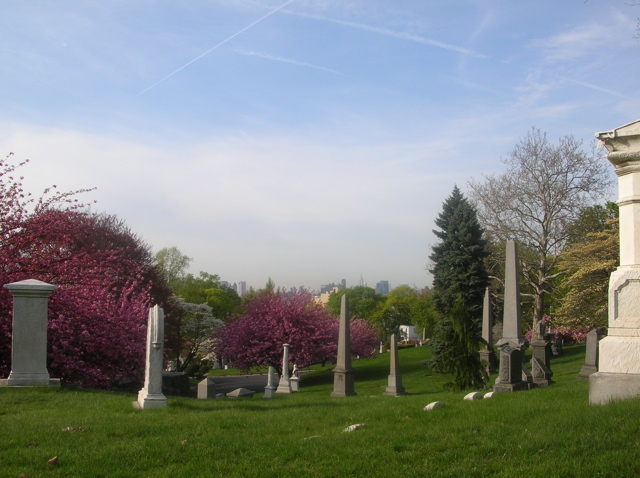 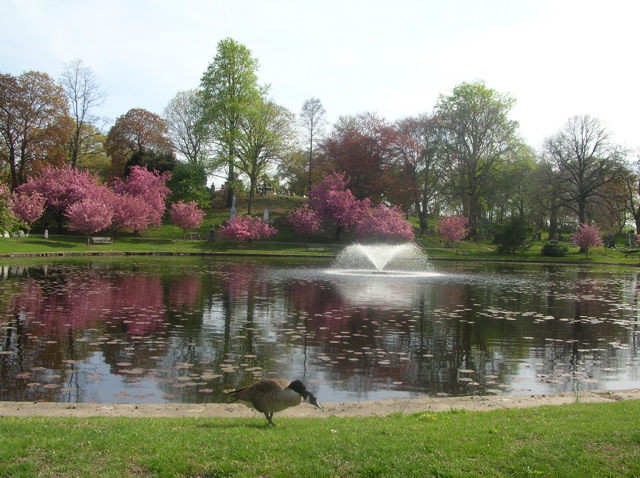 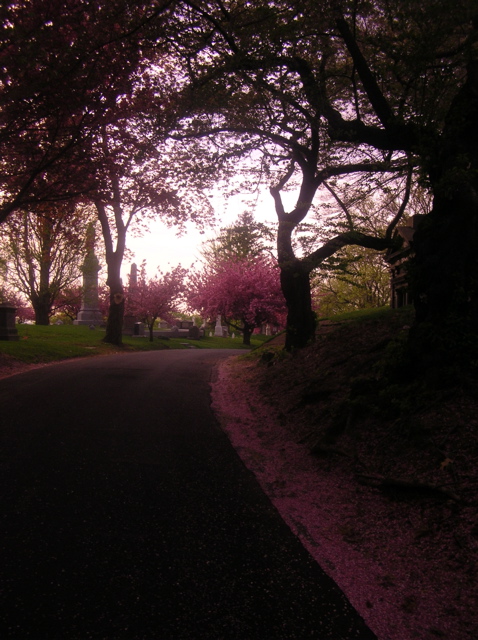