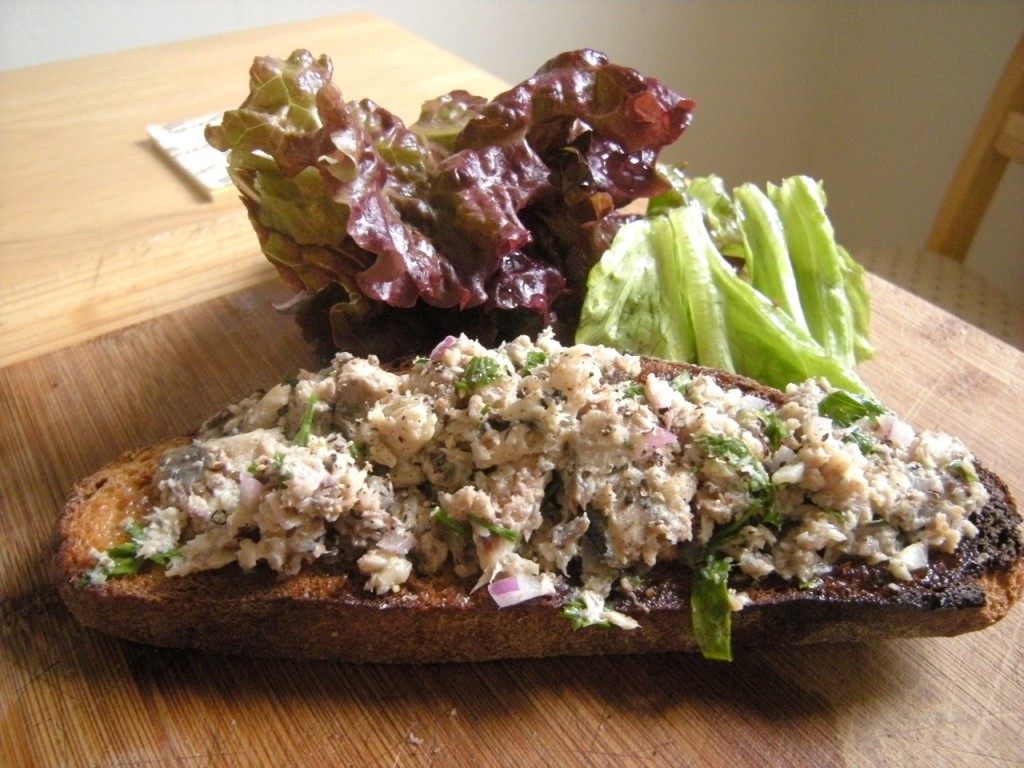 Henri IV was born in Pau in 1553; he became the King of France and Navarre in 1589 until his assassination by Ravaillac in 1610. He  was  a very popular king, two of his nicknames were: “Good King Henri” & “the Green Gallant,” the latter referring to his constant womanizing. He had to change faith before being crowned, converting from Calvinism to Catholicism and is famous for having said: “Paris is worth a mass!”.  He wanted all French families to have a Poule au Pot every Sunday—that is, a stuffed chicken in the pot. Another food anecdote about Henri IV, reported in the Dictionnaire universel de cuisine: Encyclopédie illustrée d’hygiène alimentaire, is that he  loved sardines and made them popular at the court of France.

Today there is still a brand of sardines named after him, though I don’t now how good they are as I have never tried them—if you have, please let me know! I usually buy the Brisling in Spring Water because I rather do the seasoning myself with good pungent olive oil. If you read my blog, or know me, you already know that I don’t like, nor buy, canned food — sardines (along with tuna fish, and a couple of tomato cans a year) are the exception that confirms the rule.

The tightly packed sardines in their little tin can are a nutritional gem. Sardines have not only the highest content of  Coenzyme Q10 but also tryptophan, Omega-3, calcium, phospohorus, vitamin B12, B3, D, & proteins. This simple food  makes for a very quick and healthy lunch.

Mix is all up and serve on buttered toasts. An important note: I butter the toast after they have been toasted, the secret is to have a thin layer of good fresh butter in between the sardine mix and the bread; trust me, that is what makes this little toast exquisite. Serve with Nicole’s simple salad, and if you haven’t yet seen the video, here it is: