From Salad to Memories 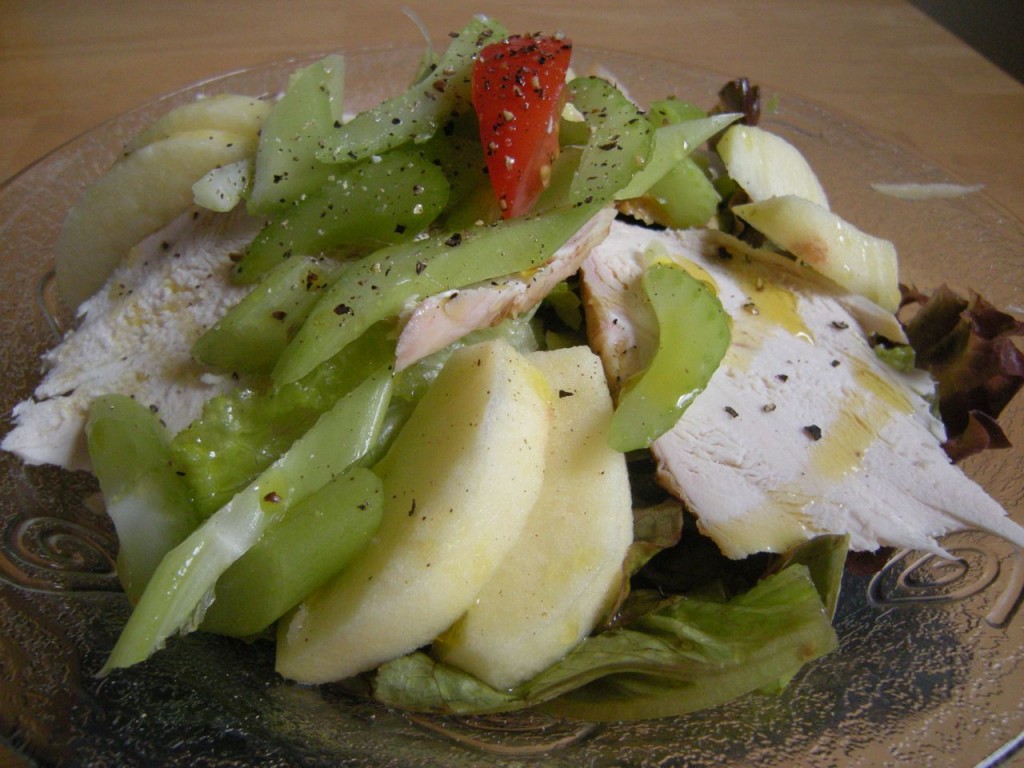 It takes 3 people to make a good salad:
A miser to pour the vinegar
A wise woman to add the spices/condiments
A genius to dispense the oil

At my family hotel salad was never served as a main course, rarely as a first course, occasionally as an appetizer. The “traditional” salad course came after the entree and before the cheese course. It was mostly Boston lettuce dressed with a vinaigrette prepared with mustard, wine vinegar, peanut oil, salt & pepper, sometimes adorned with a few walnuts. Though once a week the crudités cart was on the menu as an appetizer course. The double deck cart carried a dozen of brown rectangular, low rimmed glazed earthenware individual dishes. They were filled with sliced tomatoes, grated carrots, celery remoulade, potato salad, slices of salamis, sardines, herring, artichoke hearts, champignons à la grèque, asparagus, hearts of palm, just to name a few. The cart was brought to the table were the waitress/waiter would neatly arrange the customer’s choice on a plate. I have fond memories of the cart because it was my first job helping out in the dining room.
I was around 6 years old, when Cecile, the sweet, wonderful and ever so caring head waitress —who had been working for my family since my father was a child— took me under her wing. I begged for the full waitress outfit and she gave it to me:  the apron, the collard, the cuffs, and even the headdress! I was so excited; I wish I had a picture. Anyhow, Cecile sent me with the cart to the tables to present diners with their choices, she would show up few minutes later to  plate. Very soon Cecile let me handle the cart all by myself. I loved it and so did the guests. I could count it has my first food performance.
So buying large the cart was a rolling version of today’s salad bar and at the same time a salade composée or mixed salad.
The first mixed salad I recall seeing on the menu is Salade Niçoise -tomatoes, black olives, tuna, onions and hard-boiled eggs. Here I should specify that I am talking about the pensionnaires’ menu (the residents’) as we called them. The family hotel was in the spa town of Luchon where people came to treat respiratory and rheumatism problems. La cure, the cure, lasted 3 weeks and clients price included breakfast, lunch, dinner and lodging called pension complete. At that time the hotel was registered 4 starts and the menus were always 5 to 6 courses meal: hors d’oeuvres (appetizer), entrée (first course), plat de résitance (main course or entree),salad , cheese, dessert. The plateau de fromages, the cheese tray, was usually on the lunch menu and the salad on the dinner menu. 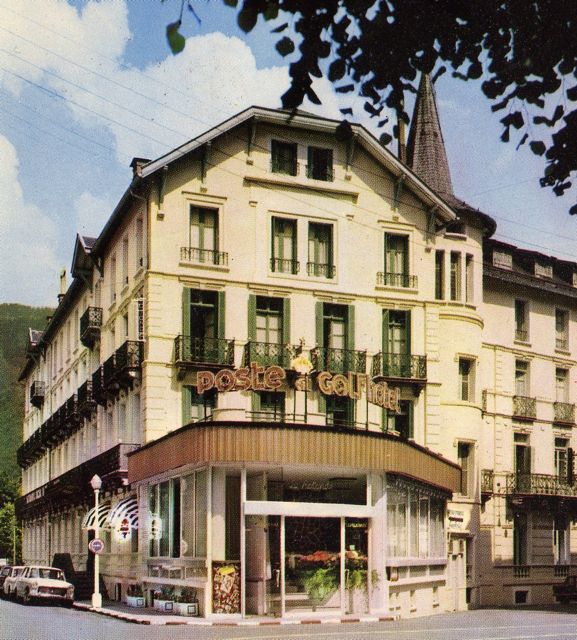 My grandfather was the menu master, but once a while my mother would get to work on them and that’s when the salade Niçoise appeared on the menu! Neither my father nor my grandfather cared much for salad. In their mind the crudités cart was already a stretch and salade composée had no place on the menu. I can still hear my grand-father telling my mother:
“Renée! (that is my mother) our customers are not rabbits! Why in hell do you want to give them so much salad? “
She would shrug her shoulders and wait for the next opportunity to sneak one on the menu!  I called her to check how close my memories matched hers —frequently they don’t!— but in this case it did. She added that she was the one who had the carts built. Family memories will be continued another time; meanwhile there is my salad!

I roasted 2 big chicken breasts with bone in. I basted the breast with olive oil, garlic, salt & pepper and roasted them slowly so they stayed juicy.  Chicken can be served warm or cold, I prefer it cold on my greens. I dressed read lettuce with my usual simple salad dressing using rice vinegar -I would have used apple cider vinegar but I was out. Then the picture is pretty explicit: I sliced ½ a Mutsu apple (I ate the other half), cut up a few ribs of celery, sprinkled the whole thing with extra virgin olive oil and lots of fresh ground pepper. Voilà! I debated weather of not adding cheese, and I didn’t, though fresh goat cheese would have been nice. Enjoy the refreshing and palatable combination of the textures and make your own combination.

0 thoughts on “From Salad to Memories”