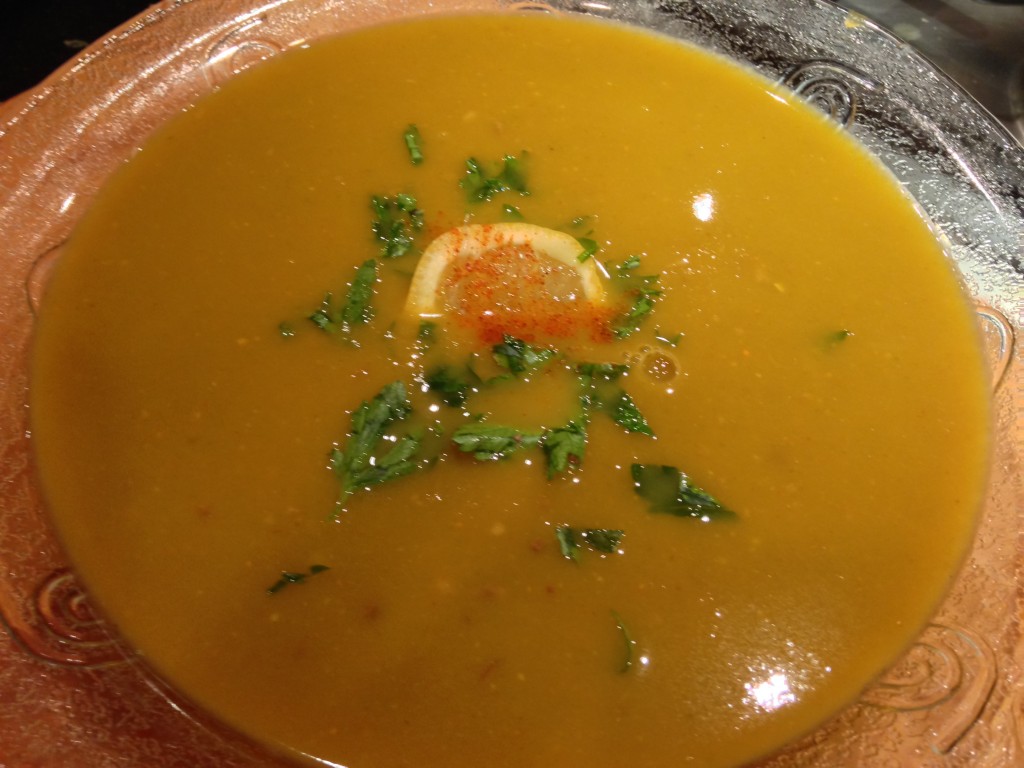 Food for health is not a new trend; after all the name “restaurant” comes from the verb “to restore.” At the beginning of the 16th century the word was used to describe a meat fortifying broth sold in small Paris shops. Then, by the mid 18th century the word became the name for places where restoring soups where served.

If you feel “under the weather,” something most of us have experienced these past few months, this soup will give you a lift! This is how I proceeded but there is a lot of flexibility in the recipe. If you are vegetarian or vegan just make a rich veggie broth.

In my case I had the carcass of a Guinea fowl we had roasted a couple of days ago (chicken or any meat bones would do, though beef and lamb will have to cook longer). The carcass went into a large stock pot. I added a few green cabbage leaves; 1 onion with 3 cloves stuck in it; 1 carrot; 1 leek; 2 laurel leaves tied together with a small bouquet of parsley; 2 branches of celery; a few grains of black pepper; 1/2 lemon; a little piece of ginger that was lingering around; and a couple of garlic cloves. I simmered it for a couple of hours. Meanwhile I prepared the healing paste. 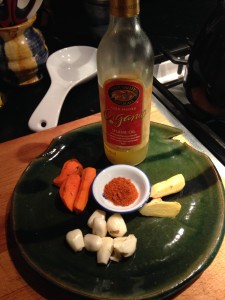 In a food processor I mixed 8 cloves of garlic, 2 pieces of fresh turmeric, 2 pieces of fresh ginger, 1 tsp 1/2 of cayenne pepper, 1/4 cup of sesame oil (I use all organic ingredients). Once all is well blended, it is ready to be used and can be kept in the fridge in a glass bowl — I pour a thin layer of sesame oil on top to keep it moist. I got the idea of the paste by reading an article by Dr. Majid Ali. I simply followed his idea for Poly-spice therapy. Dr. Ali considers ginger, turmeric & cayenne pepper the most important healing spices. Here is a quote from an abstract of his article you can find the full version here:

Principles of Spice Medicine In closing this first of my series of article on the spice medicine and oxygen, I briefly state the following important aspects of such therapies that may be considered the principles of spice medicine:1. Mono-spice therapy in large doses but for short periods of time can be very effective for acute conditions. To cite one example, large doses of ginger are often helpful in controlling motion sickness and pregnancy- related nausea. However, continuous mono-spice therapy for extended periods of time should be avoided. 2. Poly-spice therapy — the concurrent use of spices with empirically- recognized complementary roles — is generally more beneficial for controlling acute infectious and inflammatory processes. For instance, turmeric, ginger, garlic, and cayenne (when tolerated well) can be combined for better results.3. For chronic inflammatory and infectious disorders, mono-spice therapy should be avoided. Poly-spice therapy for such disorders yields superior results when combined with direct oxystatic therapies, such as hygrogen peroxide foot soaks (done with one part 3% peroxide and 30 parts of water with a pich of salt added).The discussions of the therapeutic benefits of specific spices are presented in other articles of this series.

Returning to the cooled soup. I poured 1 1/2 quart of the broth into a sauce pan, added the meat I picked off the carcass and the cooked veggies — discarding the bones and skin and removing the parsley & laurel leaves. I warmed the soup again, added some soy sauce, & once the soup was hot I added country style miso (never boil miso, it looses it’s potency), & finished it with 1 tbsp of the healing paste (or more if you like the heat of the cayenne.) Serve garnished with parsley and lemon. Bon appétit & bonne santé! 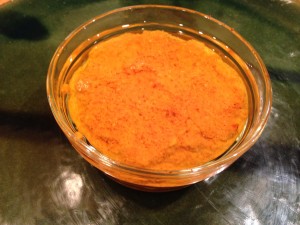