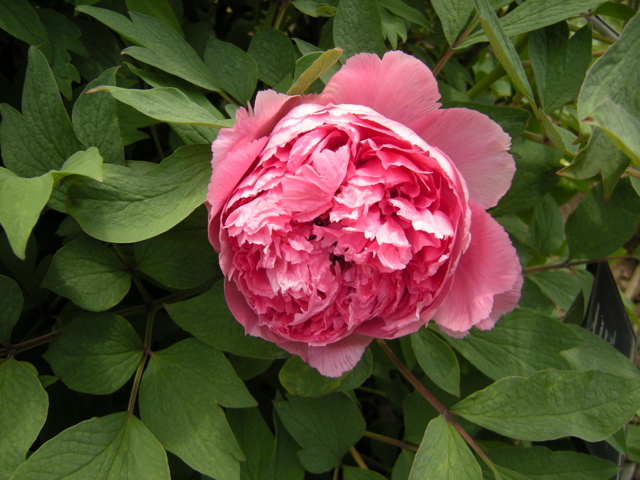 From Bay Ridge (Brooklyn, NY), Staten Island looks like a stone throw away. The reality is that Staten Island is the third largest in size of the five boroughs, with 59 sq miles (153 km2) with a population close to 500,000 people; so even though I live less than 40 blocks north of the the Verrazano narrows bridge, getting to the Staten Island Snug Harbor Cultural Center, place of The New York Chinese Scholar’s Garden requires a good hour and a half by bus to get there via bridge and land, and same amount of time via the ferry and the express bus.
The visit was truly enchanting and one needs to experience it to feel it, but in order to extend the pleasure of my visit and to have the opportunity to learn more about this remarkable tradition I will share pictures and notes.
The useful Interpretive Guide ($2 at the gift shop/ visit is $5) states in the introduction section :
“Frances Paulo Huber, the Botanical Garden’s president, first conceived of it in 1984. Mrs. Huber recognized the need for a unique and exceptional project on a site that would attract visitors and meet a need in the metropolitan region. The result was the New York Chinese Scholar’s Garden, the only authentic classical Chinese garden built in the United States. It adds a new dimension to our understanding of life in ancient China and serves as a center for a host of multi-cultural events.”
I don’t know if I understand better the life in ancient China but even though the garden opened only in 1999 and there is definite sense of timelessness, peace & retreat as soon as you pass the humble front door: 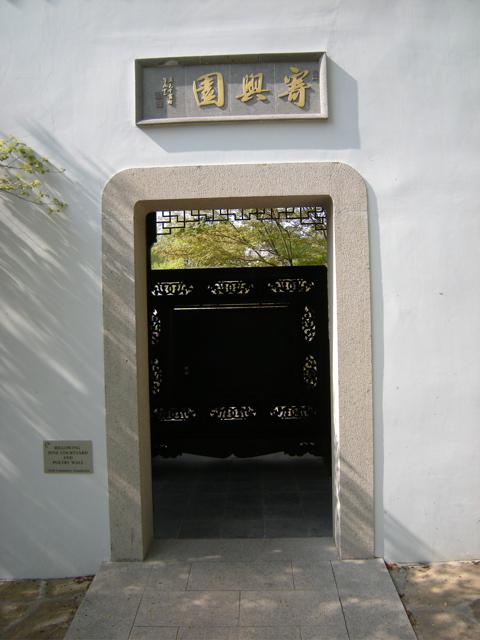 Above the entrance door the characters are the names of the garden, Ji xing yuan, or the “the Garden Expressing Pleasure.” According to the garden guide card, the English version of this name is slightly different: “The Garden of Poetic Pleasure”. The garden name is supposed to reflect a retiring wealthy scholar’s perception of himself, how he would like to be perceived and his motivations for building the garden. 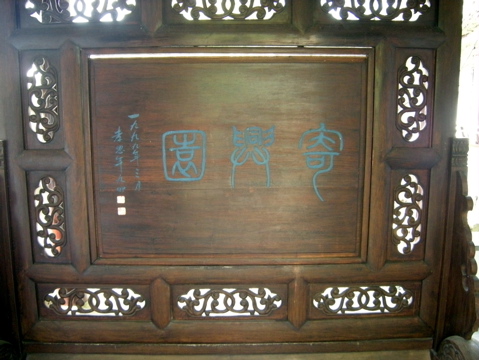 Just passed the door the ancient styled screen repeats the name of the garden but this time written in a conventional form of calligraphy to enhance the ties to antiquity and classical tradition. Both where written by a famous contemporary calligrapher and painter named: C. C. Wang.

The house courtyard is enclosed by walls and pavilions. I did walk through the pavilions and appreciated the simple furniture and especially the details of wood, knobs & lamps. 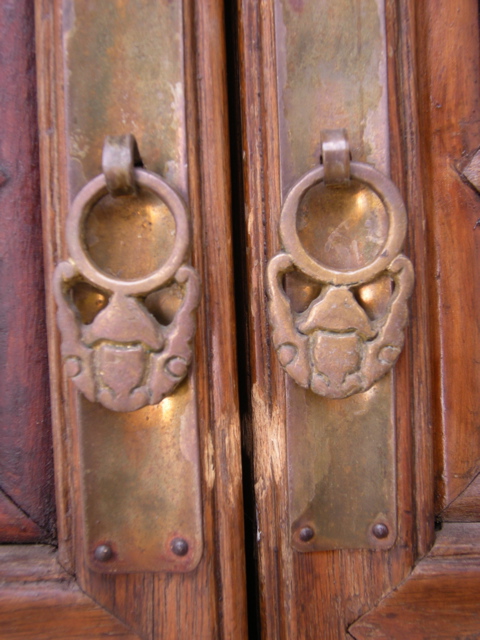 Bat-shaped door pulled. The Chinese word for “bat” is fu and is the same word for “prosperity”. 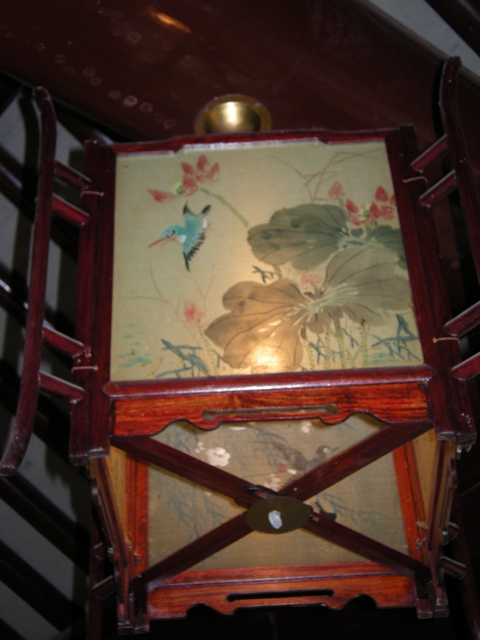 The most striking is the ever changing views achieved through design techniques like the “leaky windows” used throughout the garden in their different patterns. 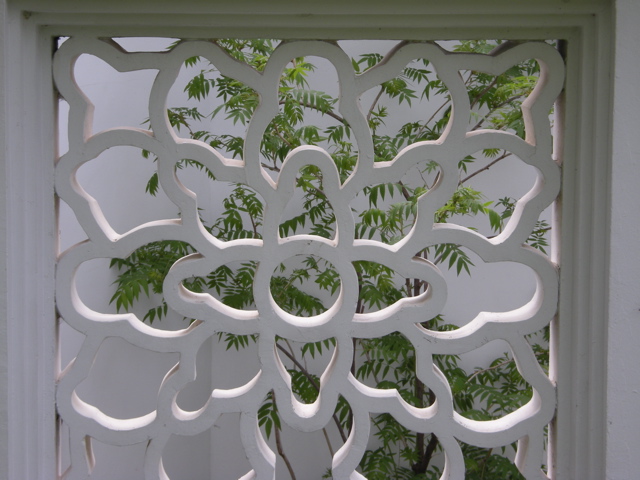 Or the Banana leaf doorway which reveals the scene behind it with a great sense of mystery: 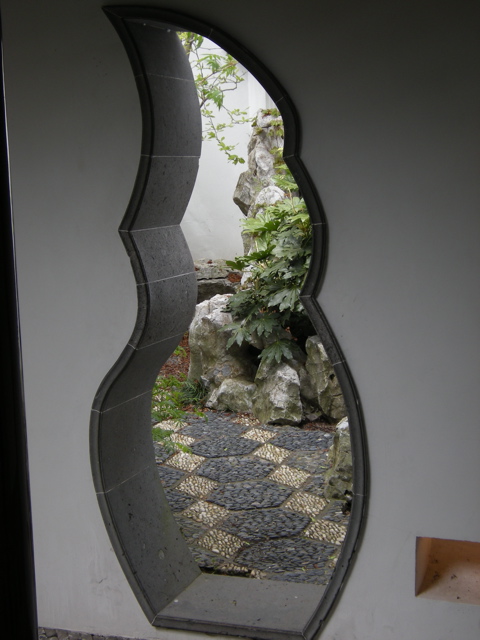 The rockeries is what most fascinated me. I am from the Pyrenees and have spend time in the mountains but it is at the Chinese Garden that I realized what I like the most about my mountains. A few nights before I was talking to my friend Marika about my favorite altitude. It is around 2000 m, just above the tree line, also where the sheep herds hang out in the summer. And it is exactly these contrasts of textures & colors, of the vertical & the horizontal that brings the perfect balance of the yin & the yang that totally seduce me, the softness of the flora, the hardness of the stone. 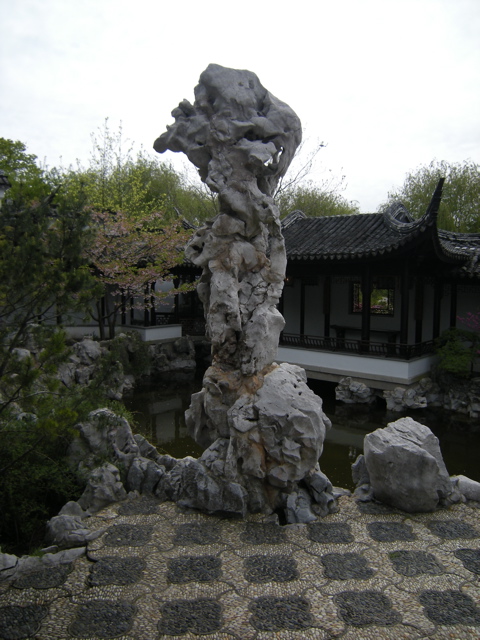 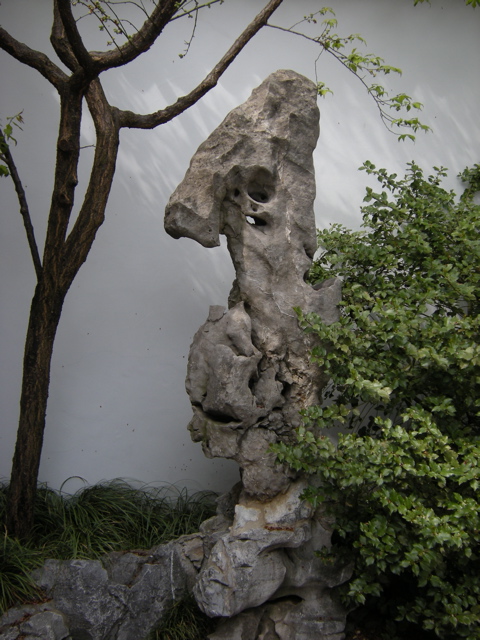 These limestones are called Taihu shi. They are quarried from the floor of Taihu Lake near the city of Suzhou where I gathered there is beautiful ancient scholar’s gardens to visit. 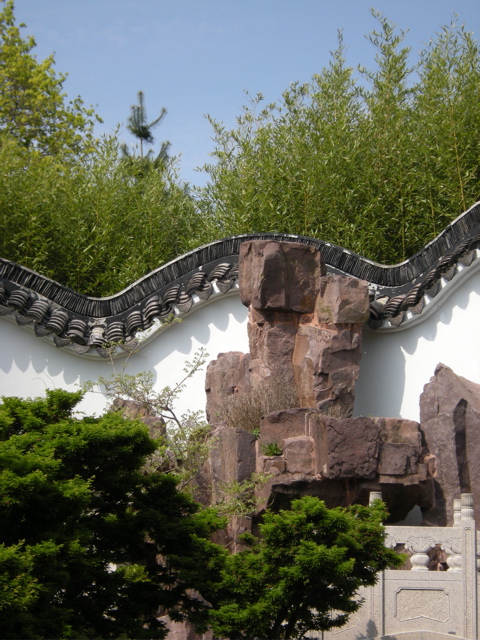 This is another type of rocks: Shishu -a stalagmite- and I haven’t yet found much info on it. 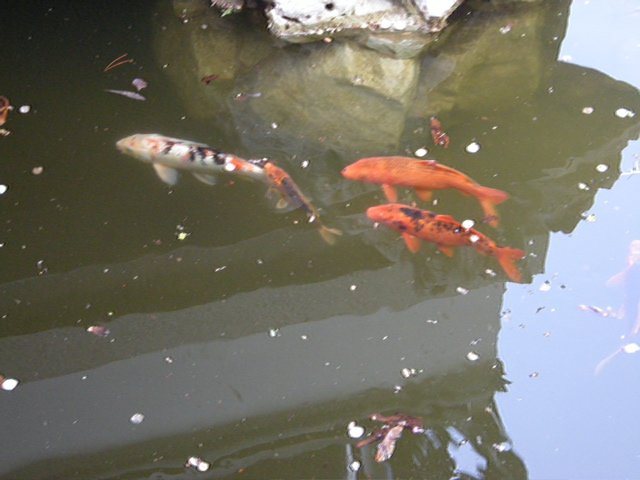 The pond with the “Knowing fish”. Their names comes from this story:
One day Zhuangzi, a follower of Laozi, stood on a bridge with a friend. Gazing at the fish below, Zhuangzi spoke of the joy of a fish’s knowledge , which was true union with the Dao, living life as an uncarved block. His friend said:
“How do you know what a fish knows? You are not a fish.”
To which Zhuangzi, replied:
“How do you know what I know? You are not me.”
These are good words to finish on & let the pictures speak for themselves: 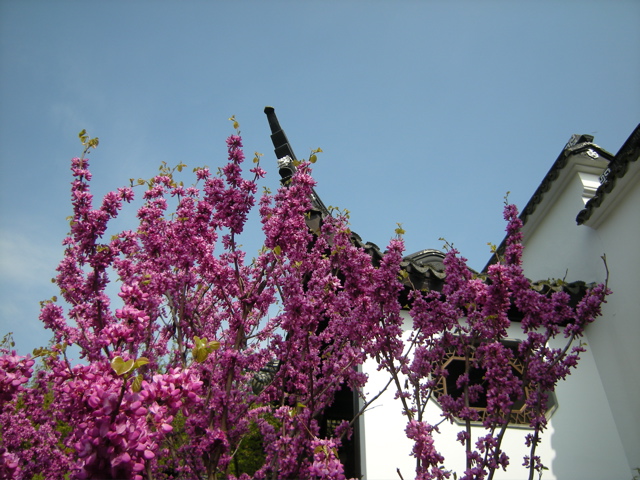 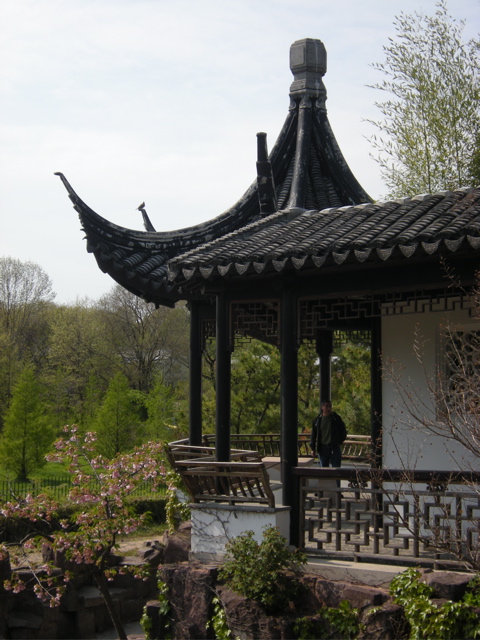 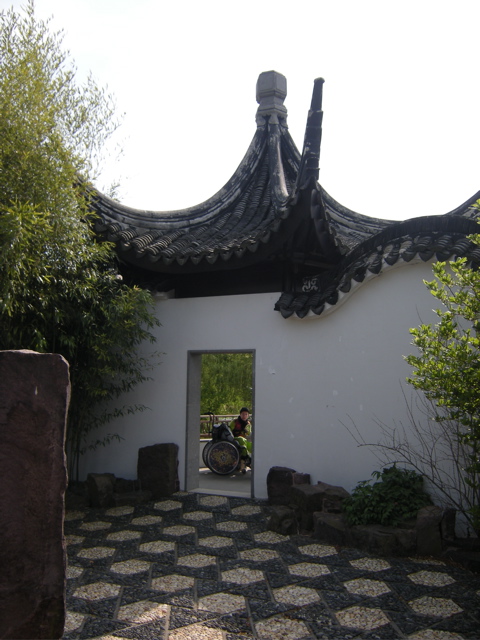 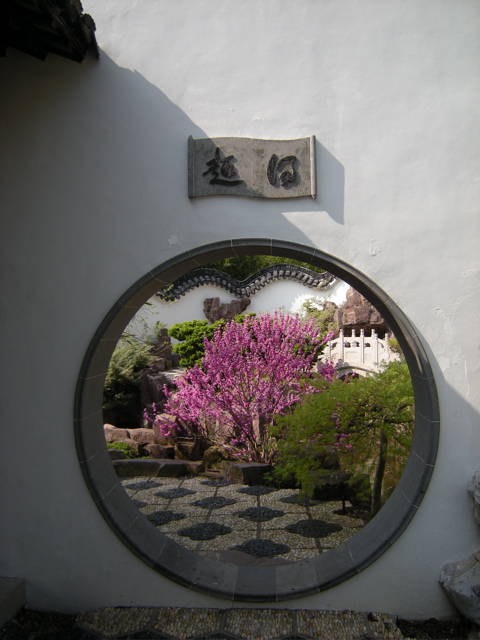 Yes, we are still in New York!