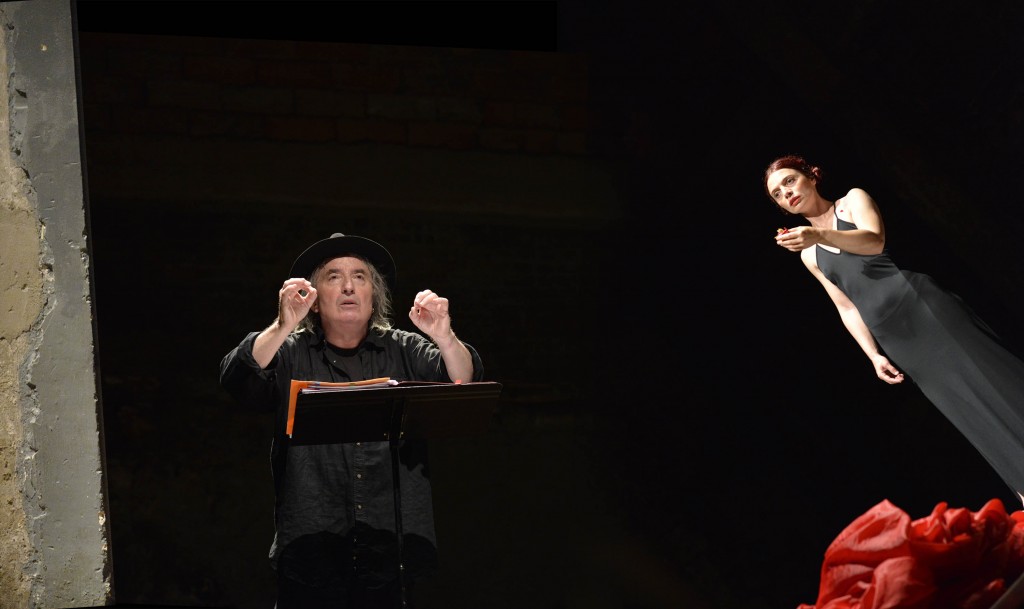 Chiara Mulas: born 1972 in Gavoi, Sardinia. A graduate of Bologna’s Academy of Fine Arts, she lives and works between France and Sardinia. In her multi-media work, Mulas uses a range of approaches: tableaux vivants, videos, photography, and live actions that create distinctive bonds between areas of, among others, social protest and ancestral myths. At the crossroads of cinéma vérité & fiction, the oneiric dimensions of Mulas’ work relate to societal tragedies. Her work  has been shown & performed across three continents (Quebec, China, Japan, United States, Lebanon, Morocco, Serbia, Israel, Spain, Portugal, Switzerland, Italy, Belgium, France).

Serge Pey was born in Toulouse in 1950. A nomadic traveler & performance artist, he is also the author of some 40 books & has founded & directed several publishing ventures, such as TRIBU which published among others, Allen Ginsberg, Ernesto Cardinal, Pham Cong Thien, Bernat Manciet & Rafaêl Alberti. He currently directs the CIAM at the University of Toulouse-Mirail were he also teaches Poesie Action. Pey crosses the traditional boundaries between art, shamanism & theoretical thinking in his combining sound poetry, scansions, sticks & other material instruments, installations, happenings & agitprop. His is a truly ethnopoetic practice, to use the term coined by Jerome Rothenberg, a poet Pey is close to. His unique articulation of writing & sound explores the phenomena of ritual language in the oral practice of the poem. He has lived & travelled extensively in the Americas absorbing its culture & history, in a truly Artaudian quest for a visionary art.