Fire at the FireHouse 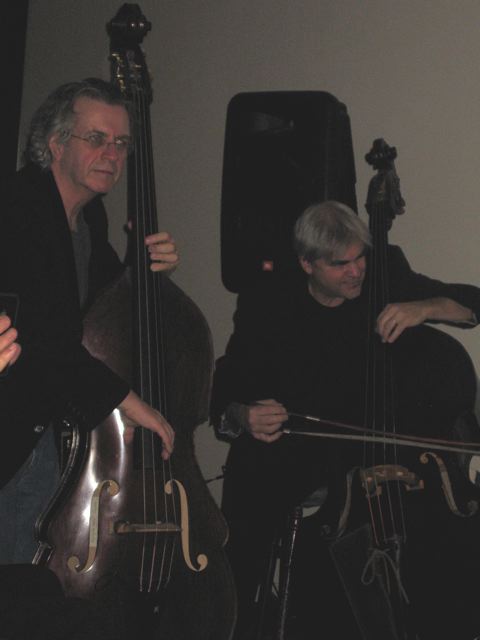 Here are some videos of our gig on Saturday September 15th. I had a magnificent time diving whole-heartedly into impro-land with master double bassists Michael Bisio & Ken Filiano. They had set high standards with a very inspiring first set. After the break  we did three pieces with my visuals: 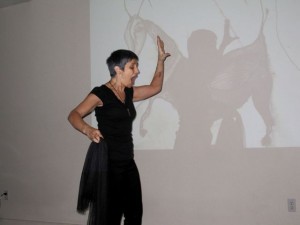 DRAGON LAND BAKERY & RIDE THE LINE / CHEVAUCHER LE TRAIT —both featured on my CD:  “La Garbure Transcontinentale / The Bi-continental Chowder  —  for which Firehouse artistic director Sandra Sprecher joined in & added relevance on piano.  RIDE THE LINE / CHEVAUCHER LE TRAIT just came out in an anthology edited by Erika Lutzner: Some Stories Are True That Never Happened. You will get a chance to set it live again at the book party on January 5th  at Modca 103 N 3rd street, Brooklyn.

We closed with PINKONOCLASTIC, a piece that literally whisks to emulsion: icons, politics & La Vie en Rose. To help us reflect on these complicated issues, we had the great honor to have the magnificent Grande Dame piano improvisor Connie Crothers  joining us. Then we hung out most pleasurably eating the mean black bean chili, the corn bread, the pescajos & the stage -vanilla flavored- whipped cream (see video 3). Truly “thank you” for playing, for being there — & also thank you Pierre Joris for filming & Françoise Bevy for the still photos!

2 thoughts on “Fire at the FireHouse”