A Winner for the Winter (II) : Cabbage Roll

“Chose promise, chose due”, voilà the cabbage rolls with ginkgo nuts recipe. I have had stuffed cabbage or chou farci in many ways but the *japanese* cabbage roll became one of my favorite versions. I suspect this dish being part of the yoshuku tradition, but I haven’t yet found much info on it, even in the very good book by Katarzyna J. Cwiertka “Modern Japanese Cuisine: Food Power & National Identity”. This book was recommended by one of the members of the ASFS list server (Association for the Study of Food & Society). I have posted a new inquiry to the list server about cabbage rolls in Japanese cooking and about ginkgo nuts.

On that topic: I have been instructed by my daughter-in-law‘s mother not to eat more than 4/6 ginkgo nuts a day. When I asked why, the answer was: “That’s the way it is”. I insisted and was told that I should just accept it. Moi!? Curious as I am? Though this made me think that I too grew up with similar beliefs that I never questioned and do apply all the time! Among them, passed on by my grand mother, grand father & mother:
“Pèle la poire à ton ami, pèle la pêche à ton ennemi.”
“Peel a pear for your friend, peel a peach for your foe”.
“L’Orange le matin c’est de l’or, à midi de l’agent et le soir du bronze”
“Orange in the morning: gold; mid-day: silver; evening: bronze”
I do peel my pears and rarely eat oranges after 3pm! That will join the list “to be investigated”.

Meanwhile lets make the promised rolls with the right amount of gingko nuts! (My recipe is a variation from this internet recipe)
Ingredients:
8 to 10 savoy cabbage leaves
1 lb ground pork
about 40 ginkgo nuts
4 to 8 shitake mushrooms
1 small onion
1 carrot
Salt and pepper to taste
2 to 3 cups chicken or beef or veal stock
1 tbsp soy sauce 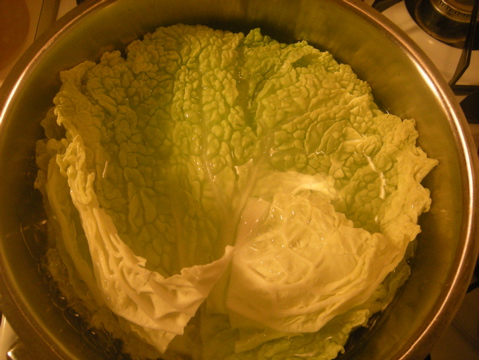 Remove core of cabbage leave and parboil the leaves for a few minutes in simmering water. Drain and reserve. 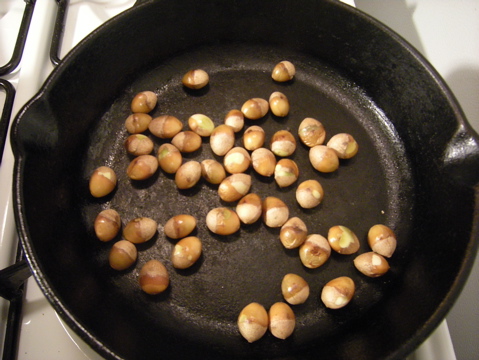 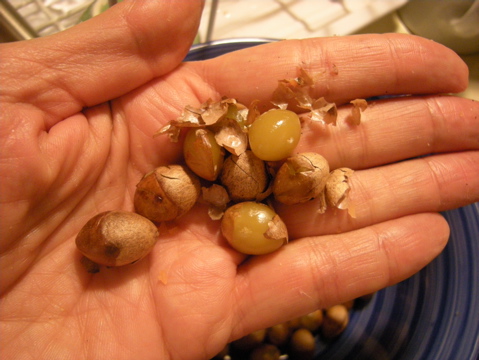 Roast the gingko nuts in a medium hot a skillet until skin detaches. Let cool and rub off the skin. 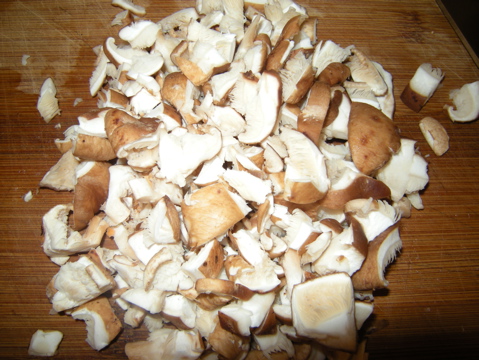 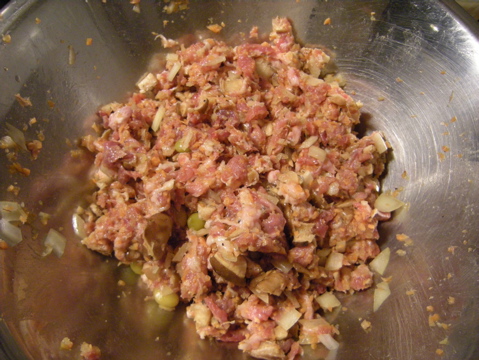 Mix all the ingredients with the ground pork. Salt & pepper to taste. 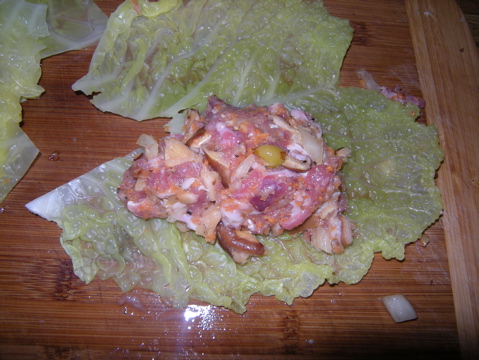 Divide stuffing for 8 or 10 leaves and fold carefully into each leave. 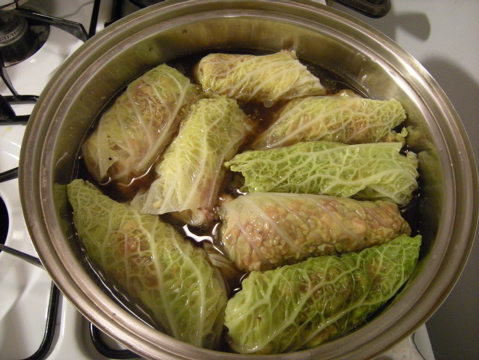 Warm up stock and soy sauce in pan, place the rolls and simmer gently until cooked (20/30mn).
Serve with brown or white rice & poor some broth over. This makes a light, delicious, heart warming dish that freezes well. If you make it let me know.
Bon Appetit!

0 thoughts on “A Winner for the Winter (II) : Cabbage Roll”